An interesting turn of events (which we are very grateful for!)

Get press kit and more at: https://guardianproject.info/press

The Guardian Project is amongst the 10 chosen grantee organizations to be awarded a $100,000 digital age grant due to its extensive work creating open source software to help citizens overcome government-sponsored censorship. 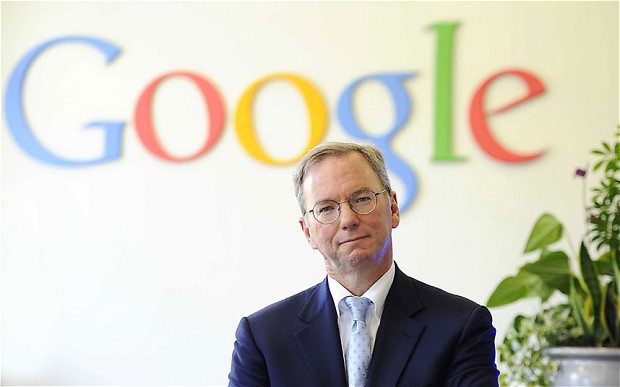 image courtesy of the telegraph.co.ok

NEW YORK, NY (March 10, 2014)—Ten non-profits in the U.S. and abroad
have been named recipients of New Digital Age Grants, funded through a
$1 million donation by Google executive chairman Eric Schmidt. The
Guardian Project is one of two New York City-based groups receiving an
award.

The New Digital Age Grants were established to highlight organizations
that use technology to counter the global challenges Schmidt and
Google Ideas Director Jared Cohen write about in their book THE NEW
DIGITAL AGE, including government-sponsored censorship, disaster
relief and crime fighting. The book was released in paperback on March 4.

“The recipients chosen for the New Digital Age Grants are doing some
very innovative and unique work, and I’m proud to offer them this
encouragement,” said Schmidt. “Five billion people will encounter the
Internet for the first time in the next decade. With this surge in the
use of technology around the world—much of which we in the West take
for granted—I felt it was important to encourage organizations that
are using it to solve some of our most pressing problems.”

Guardian Project founder, Nathan Freitas, created the project based on
his first-hand experience working with Tibetan human rights and
independence activists for over ten years. Today, March 10th, is the
55th anniversary of the Tibetan Uprising Day against Chinese
occupation. “I have seen first hand the toll that online censorship,
mobile surveillance and digital persecution can take on a culture,
people and movement,” said Freitas. “I am elated to know Mr. Schmidt
supports our effort to fight back against these unjust global trends
through the development of free, open-source mobile security
capabilities.”

Many of the NDA grantees, such as Aspiration, Citizen Lab and OTI,
already work with the Guardian Project on defending digital rights,
training high-risk user groups and doing core research and development
of anti-censorship and surveillance defense tools and training.

The New Digital Age Grants are being funded through a private donation
by Eric and Wendy Schmidt.

About the Guardian Project

The Guardian Project is a global collective of software developers
(hackers!), designers, advocates, activists and trainers who develop
open source mobile security software and operating system
enhancements. They also create customized mobile devices to help
individuals communicate more freely and protect themselves from
intrusion and monitoring. The effort specifically focuses on users who
live or work in high-risk situations, and who often face constant
surveillance and intrusion attempts into their mobile devices and
communication streams.

Since it was founded in 2009, the Guardian Project has developed more
than a dozen mobile apps for Android and iOS with over two million
downloads and hundreds of thousands of active users. In the last five
years the Guardian Project has partnered with prominent open source
software projects, activists groups, NGOs, commercial partners and
news organizations to support their mobile security software
capabilities. This work has been made possible with funding from
Google, UC Berkeley with the MacArthur Foundation, Avaaz, Internews,
Open Technology Fund, WITNESS, the Knight Foundation, Benetech, and
Free Press Unlimited. Through work on partner projects like The Tor
Project, Commotion mesh and StoryMaker, we have received indirect
funding from both the US State Department through the Bureau of
Democracy, Human Rights and Labor Internet Freedom program, and the
Dutch Ministry of Foreign Affairs through HIVOS.

The Guardian Project is very grateful for this personal donation and
is happy to have its work recognized by Mr Schmidt. This grant will
allow us to continue our work on ensuring users around the world have
access to secure, open and trustworthy mobile messaging services. We
will continue to improve reliability and security of ChatSecure for
Android and iOS and integrate the OStel voice and video calling
services into the app for a complete secure communications solution.
We will support the work of the new I.M.AWESOME (Instant Messaging
Always Secure Messaging) Coalition focused on open-standards,
decentralized secure mobile messaging, and voice and video
communications. Last, but not least, we will improve device testing,
support and outreach to global human rights defenders, activists and
journalists, bringing the technology that the Guardian Project has
developed to the people that need it most.

About the NDA Recipients

C4ADS, a nonprofit research team in Washington, DC, is at the cutting
edge of unmasking Somali pirate networks, Russian arms-smuggling
rings, and other illicit actors entirely through public records. Their
data-driven approach and reliance on public documents has enormous
potential impact, and the grant will help with their next big project.

The Citizen Integration Center in Monterrey, Mexico has developed an
innovative public safety broadcast and tipline system on social media.
Users help their neighbors—and the city—by posting incidents and
receiving alerts when violence is occurring in their communities. The
grant will help them broaden their reach.

The Citizen Lab at the Munk School of Global Affairs at the University
of Toronto, Canada, is a leading interdisciplinary laboratory
researching and exposing censorship and surveillance. The grant will
support their technical reconnaissance and analysis, which uniquely
combines experts and techniques from computer science and the social
sciences.

The Guardian Project, based in New York City, develops open-source
secure communication tools for mobile devices. ChatSecure and OSTel,
their open standards-based encrypted messaging, voice and video
communication services, which are both built on open standards, have
earned the trust of tens of thousands of users in
repressively-censored environments, and the grant will advance their
technical development.

The Igarapé Institute in Rio de Janeiro, Brazil, focuses on violence
prevention and reduction through technology. Their nonprofit work on
anti-crime projects combines the thoughtfulness of a think tank with
the innovative experimentation of a technology design shop. The grant
will support their research and development work.

KoBo Toolbox in Cambridge, MA, allows fieldworkers in far-flung
conflict and disaster zones to easily gather information without
active Internet connections. The grant will help them revamp their
platform to make it easier and faster to deploy.

The New Media Advocacy Project in New York, NY, is nonprofit
organization developing mobile tools to map violence and
disappearances in challenging environments. The grant will allow them
to refine their novel, interactive, video-based interfaces.

The Open Technology Institute at the New America Foundation in
Washington, DC, advances open architectures and open-source
innovations for a free and open Internet. The grant will assist their
work with the Measurement Lab project to objectively measure and
report Internet interference from repressive governments.

Portland State University in Portland, OR, is leading ground-breaking
research on network traffic obfuscation techniques, which improve
Internet accessibility for residents of repressively-censored
environments. The grant will support the research of Professor Tom
Shrimpton and his lab, who—with partners at the University of
Wisconsin and beyond—continue to push the boundaries with new
techniques like Format Transforming Encryption.