In my previous post I found that end-to-end encryption with OSTN is both effective and usable. There are two important things the user must be aware of when using OSTN. They must confirm with each phone call that the encryption icon is present and  they must correctly complete SAS verification dialog boxes. So on a basic level, encrypted voice just works. But, what does this all mean? This post looks at the threats to security and usability of encrypted ZRTP phone calls in CSipSimple.

Usable Security
Crypto wizards have created and refined algorithms that bring strong encryption to the everyday user. Yet, more often then not, security is compromised through user error. This is a usability problem. Information security is abstract and the practicalities of the real world demand that encryption software ‘just works’ for the average user. It is more dangerous for a user to be unaware of a loss of encryption then that they fail to get it working. Government P25 handheld radios were found to have such poor usability for encryption that a research team found many government agents accidentally transmitting sensitive information in the clear. ZRTP and CSipSimple’s implementation fair much better however. 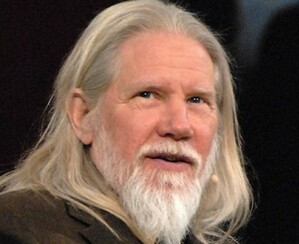 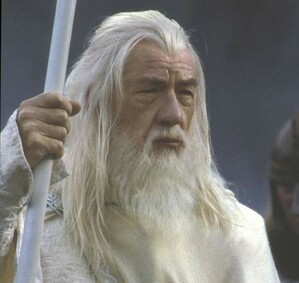 Although not required for the average user, its good to have a basic background of cryptography. This is not an full introduction, but it will provide some background on ZRTP and the importance of authentication.

ZRTP, Authentication, PKI
Most usability issues with encrypted communications deals with Public-Key-Infrastructure or PKI. Public Key Infrastructure is how we verify the identity of each participant in a communication channel. Verifying the identity of the other party is important to prevent Man-In-The-Middle-Attacks. These attacks allow an attacker the opportunity to eavesdrop. PKI is a crucial point to understand in almost all encryption schemes. It inherently effects how the encrypted communication medium will be used.

Basically, to use encryption, both users must exchange secret keys without transmitting them in the clear. This is a bootstrapping problem, exchanging keys safely requires both users to already have exchanged keys! Public key cryptography has solved the problem of needing to secretly exchange keys in advance. Rather, a user can exchange public keys that don’t require secrecy. These keys can be published to the world. The issue is then whether or not the public key is authentic. How does one user know that they received the right public key and not the public key of an attacker attempting a MITM attack?

Different communities have different approaches to PKI. Smaller distributed technical communities have long relied on the web-of-trust model supported by PGP. This was the first widely available open-source software that provided strong cryptography to everyone. It was created by Phil Zimmerman who also created ZRTP to encrypt voice.  Its work flow, while fine for some, has precluded its widespread adoption outside of the tech community.

Websites rely on a Certificate Authorities to make encryption transparent for the user.  It does not require the user to make manual trust decisions and ‘just works’. However, it never obtained the goal of strong end-to-end encryption the way PGP has because it relies on the trust of centralized authorities that have proven time and time again to not be trustworthy. The future of SSL is a heavily researched area. For some approaches to this issue I’d personally suggest looking into DNSSEC, Convergence, and this talk from Dan J. Bernstein, a cryptographer and professor at the University of Illinois. This talk by Moxie Marlinspike at Blackhat 2011 is great, it introduces Convergence and provides an interesting dialogue on the SSL issue.

Modern cryptographic protocols such as OTR(instant messaging) and ZRTP(voice) have come a long way in providing easy to use end-to-end encryption. They are open standards that strike a great balance between usability and security. They both have adopted to the TOFU POP model (Trust on First Use- Persistence of Pseudonym).  This is similar to what SSH does: when you first connect to the server you are asked if you want to save and trust the server’s public key. ZRTP takes it a step farther and verifies the other party’s identity on first use.  A commitment protocol is used that requires the users to discuss whether they both are viewing the same string of text in a dialog box. This guarantees that the person you hear on the other end of the phone is the actual person your talking to.

This is great because by saving the public key and trusting it an attacker can no longer pretend to represent someone else’s key. This relies on the first conversation not being actively attacked. The commitment protocol strengthens this by making sure that the first time you trust a key, you actually have a way to verify it. This solves the issue of MITM attacks!

If all this doesn’t make sense, that is OK, you don’t actually have to understand cryptography to use OSTN. You just need to understand what it provides you (Confidentiality!). More information about authentication and verification was written in a great post by Hans. Guardian also has a great research project called PSST that is actively solving verification problems like this across multiple platforms and communication schemes.

User Threats
ZRTP is great in this regard. It is one of the most user friendly ways to enable verified end-to-end encryption. This said, there are two concepts that a user should understand:

Adversarial Threats
Currently, I see two opportunities for attackers that are related to the same two usability concerns listed above.

The MITM attack can be mitigated with verification. The selective blocking of ZRTP packets can not be avoided (because ZRTP can’t stop censorship) but the consequences can be mitigated by paying attention to when your calls are encrypted.

**Improving ZRTP usability
**
Given the threats listed above, I see a couple things that would increase usability and prevent accidental misunderstandings by the user. 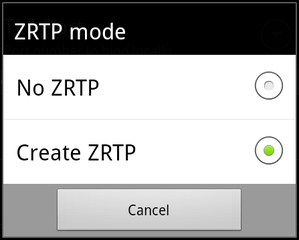 This means your OSTN call is encrypted. It would be useful if it displayed the verification status of the caller as well. 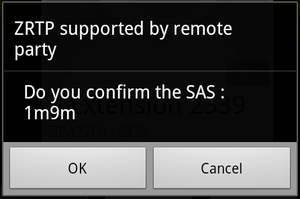 Suggested improvement would present “Verify, Ignore, and Reject” as options to the user

Wrapping up
It should be noted that I pick on CSipSimple over the other clients because it is both great software and the recommended client to use with OSTN. It is still considered experimental software and requires the nightly release for OSTN support. Other clients may suffer from these ZRTP usability issues as well. The good thing is that by simply implementing a working ZRTP client you should have most of the protocol benefits thanks to its simple and elegant design. The recommendations I make here should applicable across all ZRTP implementations. A future comparison of of these implementations may be in order.